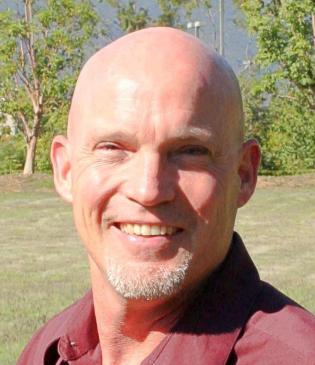 Roy “Griff” Griffis calls himself a “Storyteller” for a lot of reasons.

He decided to be a writer when he was ten and never looked back.  Along the way, he’s done all the usual starving artist jobs (janitor, waiter, bookstore clerk) and a few unusual ones (he was the 62nd Aviation Rescue Swimmer in US Coast Guard––he doesn’t just write action-adventure, he lived a little of it himself).

He’s written poetry, plays, and screenplays.  He’s also the author of twelve novels, including the epic historical fiction saga By the Hands of Men and the alternative history series The Lonesome George Chronicles, as well as the comic fantasy Cthulhu, Amalgamated cycle.  In 2018 he received the first The John Milius Screenwriting Award for his original film script Cold Day in Hell.

THE THING FROM HR 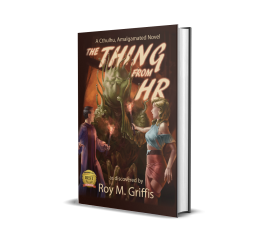 Narg was content working as a Damnation Services-10 in HR. Sure, he was related to one of the Elder Gods, but a little nepotism never hurt any Thing. His life was just wailing and gibbering, right up until his Uncle needed a small favor from his nephew.

All Narg had to do was go down among the humans…and pretend to be one of them.

These are not your Grandfather’s tales of Eldritch Horror: this is the untold story of the ghastly, unappreciated (and entirely expendable) minor monstrosities that support the Inscrutable Plans Of Dark Gods And Elder Things Beyond The Knowledge Of Men.

The Cthulhu, Amalgamated series is a comic romp full of action and mystery, including, of course, Sanity-Shattering Horror––and that’s just the paperwork. Even H.P. could not conceive of the Corporate Terrors that await The Thing from HR.

THE AUDITORS OF DOOM 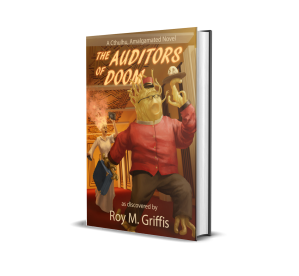 After his travels Down Among the Humans, our unsung every-Thing Shoggoth is back in the office, where first he has to elude the gooey clutches of the Auditors of Doom. After one of Narg’s wayward HR client warns him that something terrible is happening back on his home planet, our hero decides to investigate the rumour for Itself. Thus begins a journey to a land far stranger than the Earth Narg knew: a place called Texas!

THE BREAKROOM OF A THOUSAND NIGHTMARES 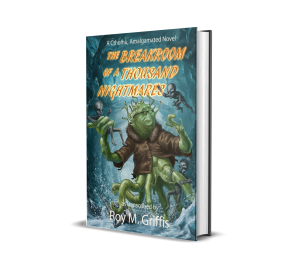 Just back from another thrilling adventure down among the Hairless Apes, our every-Thing hero Narg faces the most terrifying corporate challenge yet: a promotion!

Reporting directly to The Blithering Excrescence From Beyond The Stars (aka, his Uncle Beefbits), he and Murph find themselves getting down with the Humans again. But what do G-men, CERN, and small grey aliens have to do with the Amalgamation?

Discover the truth in The Breakroom of a Thousand Nightmares, Book Three of the Escapade Fantastique that is the Cthulhu, Amalgamated series.

FIND US ON SOCIAL MEDIA

SIGN UP FOR OUR NEWSLETTER BY CLICKING ON THE PHOTO BELOW!